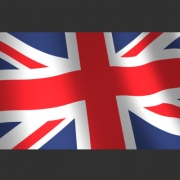 UK manufacturers must tip the balance in favour of automation in 2020 to avoid falling behind international competition.

As the only G7 country with a robot density below the world’s average, with just 74 units per 10,000 workers, the UK is behind 14 other European countries in robotic adoption, highlighting the challenge that British manufacturing faces to compete with foreign productivity.

The UK led the First Industrial Revolution by embracing new technologies and the opportunities these created. However, unless British manufacturers significantly increases its adoption robotics and automation, and take full advantage of the technology available, foreign productivity will increase and the UK will be left trailing behind in the Fourth Industrial Revolution.

Last year, Endoline Automation, capitalising on its four decades of success in automating global food manufacturing facilities, launched Endoline Robotics in a bid to not only meet rising demand but to educate UK manufacturers on the many benefits robotic integration can yield.

At the end of last year, Endoline Robotics’ strategic partner, FANUC UK, held an Open House as a way of bringing key industry figures together and open a discussion on what needs to be done to move UK automation uptake forward.

While raising a number of interesting questions on the state of automation, the event highlighted the major challenges which still need to be overcome, and, in particular, the misconceptions which still surround robotics.

While most UK manufacturers understand the efficiencies gained from automation, the belief that it is expensive is still a barrier, particularly for SME’s and manufacturers on short term retailer contracts. However, when you consider that, as a country, we are around 30% less productive per hour than a German manufacturer, then the financial impact of not automating is clearly far greater. 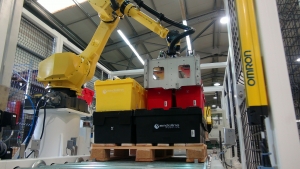 Palletising systems increase productivity for world’s largest dairy co-op...
Scroll to top
This website uses cookies to improve your experience. We'll assume you're ok with this, but you can opt-out if you wish.Accept Read More
Cookies Policy